Beetles And Bats: An Evolutionary Arms-Race! 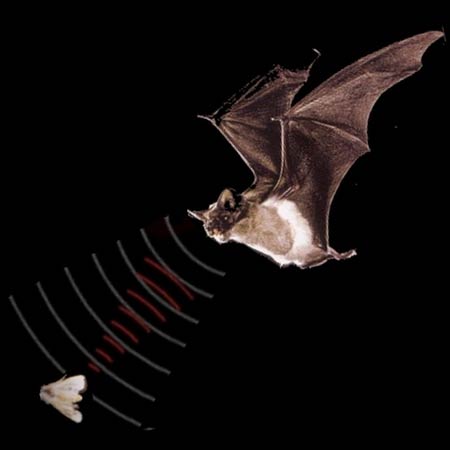 The common beetle may have the unenviable title of being “deaf as”, but it turns out it may not be entirely unjustified. There are approximately 400,000 species of beetle described in the literature and probably a few million more yet to be documented. Beetles constitute almost 25 percent of all living creatures on earth. Despite these staggering numbers, only two families of beetle have ever been found to possess hearing.

The tiger and scarab (horned) beetle families comprise several subspecies which possess hearing organs called tympana (singular tympanum). These pair of thin membranes are located on the beetle’s abdomen overlying an air filled pocket containing neuro-sensory receptors for converting sound-waves into electrical impulses. At rest, the tympana are covered by hard outer wings decreasing its hearing sensitivity. In flight the hearing structures are exposed for maximum sensitivity. Just because tiger and scarab beetles possess hearing structures, don’t expect too much in the way of a reaction next time you decide to yell at one.

It is no co-incidence that the hearing of these beetles is tuned far outside the range of human voice and exactly within the ultra -high frequency range of bat clicks. In the interest of predation avoidance, these beetles have evolved to detect the sonar-like echolocation which bats use to hunt at night.

So it seems that even these exceedingly rare hearing beetles still turn a deaf ear to humankind. Apparently we are perceived not nearly as much of a threat as bats. Despite being literally correct, it still doesn’t show much empathy or tact to call someone “deaf as a beetle!”